Sincere thanks to the West Coast Mcc for their amazing donation of €11,350.00 from their Bike Push Fundraiser held on 4th August last, in memory of the late Suzanne Cottam – a great friend and supporter of the club who sadly passed away earlier this year.
Thanks also to Dermot, Suzanne’s brother and fellow member of West Coast Mcc, sister Marie, to Mark and Robyn, Suzanne’s husband and daughter, and to her parents and extended family for their generosity in nominating the West Clare Mini Marathon Cancer Care Centre as the beneficiary of monies raised. The West Coast Mcc are an amazing group of people who have raised in excess of €100K for charity over the years and deserve recognition for their outstanding contribution to charity. Sincere thanks again to everybody involved! 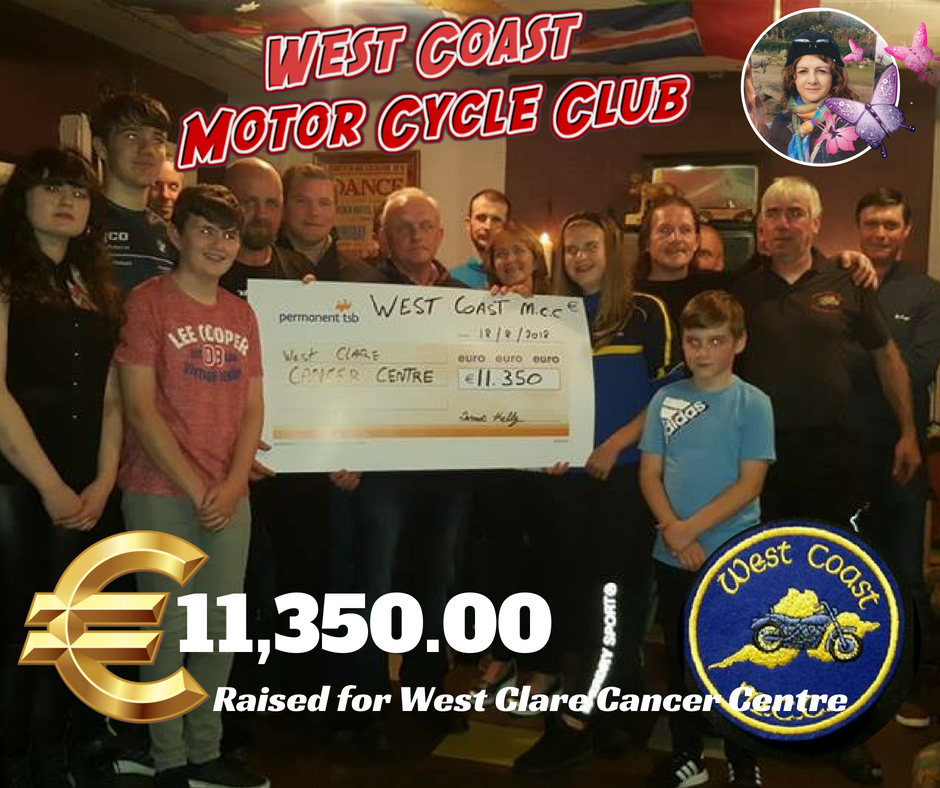