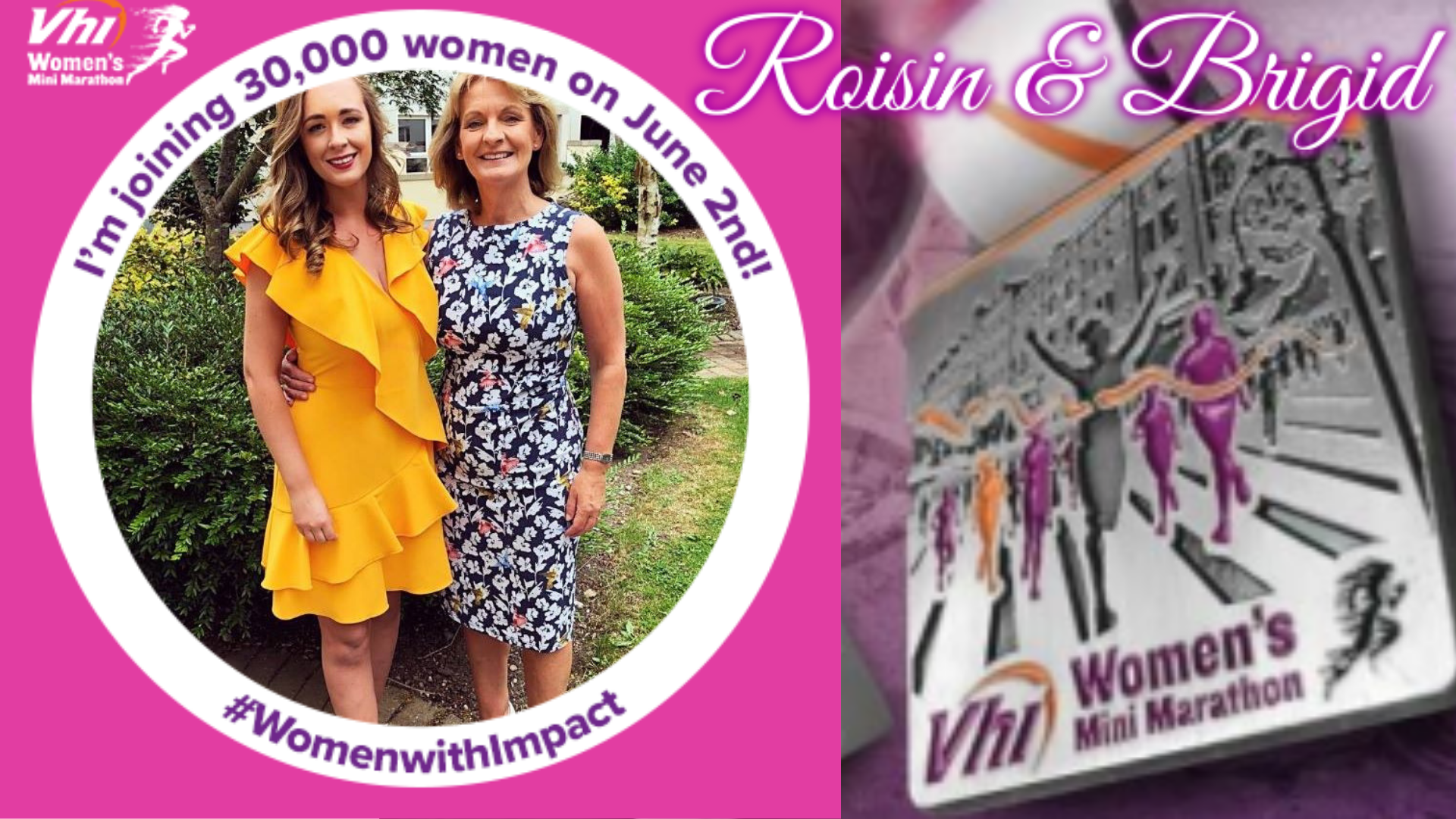 HERE COME THE GIRLS………………………..
A BIG SHOUT-OUT TO Brigid Crawford and her daughter Róisín Ní Eithir, Lisdoonvarna, as they ready themselves to join over 30,000 females in Dublin on Sunday June 2nd in the 37th Annual VHI Women’s Mini Marathon. Our ultra-glamorous mother and daughter duo are participating in the event to raise funds for the West Clare Mini Marathon Cancer Care Centre and we are very grateful to them. Brigid and Roisin will have sponsorship cards for people wishing to contribute to their fundraising efforts.

The 10K event, which commences at 2pm, will start in Fitzwilliam Square and finish in Baggot Street.
The Vhi Women’s Mini Marathon is the largest all women’s event of its kind in the world. The first Women’s Mini Marathon began in Dublin in 1983 with 9,000 entrants, it has grown in popularity and the event now hosts approximately 30,000 women on the June bank holiday weekend. Women from across the 32 counties of Ireland, U.K. and Europe take part each year to raise vital funds for their chosen charities and causes.

The Vhi Women’s Mini Marathon is a world class sporting event and is dedicated to helping women across Ireland to achieve their fitness goals. The mini-marathon has become an important part of Irish culture and a celebration for Irish women age 14 to 65 and over. The event caters for women who wish to walk or jog for fun while also catering for competitive runners.

Indeed, it is not only women who have benefited from the event, but the charities are also the big winners. In 2018 it is estimated that over €7.5 million was raised by the participants bringing the total since the race started in 1983 to over €217 million. All charities benefit as it is the women themselves who decide who they will support and many local causes gain vital revenue from the event.